/ Exhibitions / THEY ARE TIRED 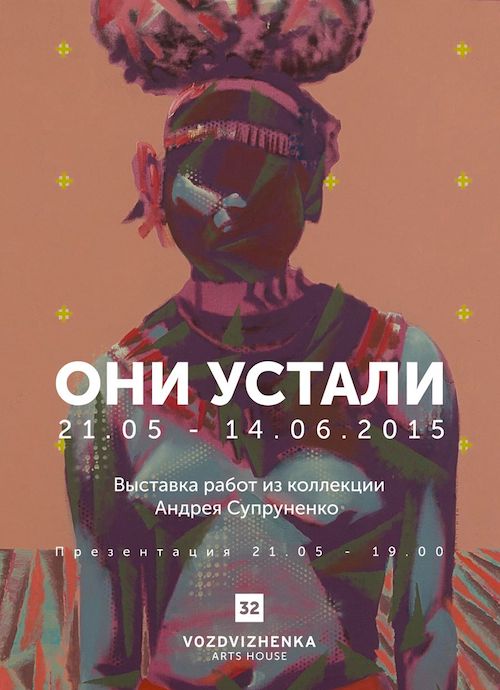 The exhibition presented the works by Vasyl Tsagolov, Pavlo Makov, Oleg Tistol, Vinni Reunov, Volodymyr Budnykov, Vlada Ralko and Roman Lystvak. All of the art works were created during 1990-2000s.

Andrey Suprunenko is an architect and art collector, one of the co-curators of the Arsenale 2012 project “Perspective.” He collects the contemporary art since 2000s.

For that exhibition Andrei Suprunenko purposely chose the artworks of 90s-2000-s. Andrey believes that it was a golden age of contemporary Ukrainian art, the period when the artists created really brand-new and uncompromising art.

This exhibition is an act of protest against the chronically environmental diseases of Ukrainian art: “I think they (artists) are just tired. They are tired of missing an art criticism, and if it is existing, the incompetent critics, of the talentless TV-programs “about it” (the art), and, of course, of the gallery owners, dealers, amateurs, etc. I have chosen these works myself without any idea at the beginning – but the conception of the project appeared later. All these uncompromising and wonderful art works from the past are connecting through the thin but strong thread with something that I want to keep in my mind, what is valuable and aimed at the future, which everybody tends to predict.”

During the exhibition (21 May – 16 June 2015) in the gallery will be discussion, meetings with the artists, whose works are involved in project

Exhibition “They are Tired” opens with the performances «#deficit».

THEY ARE TIRED
MoreClose