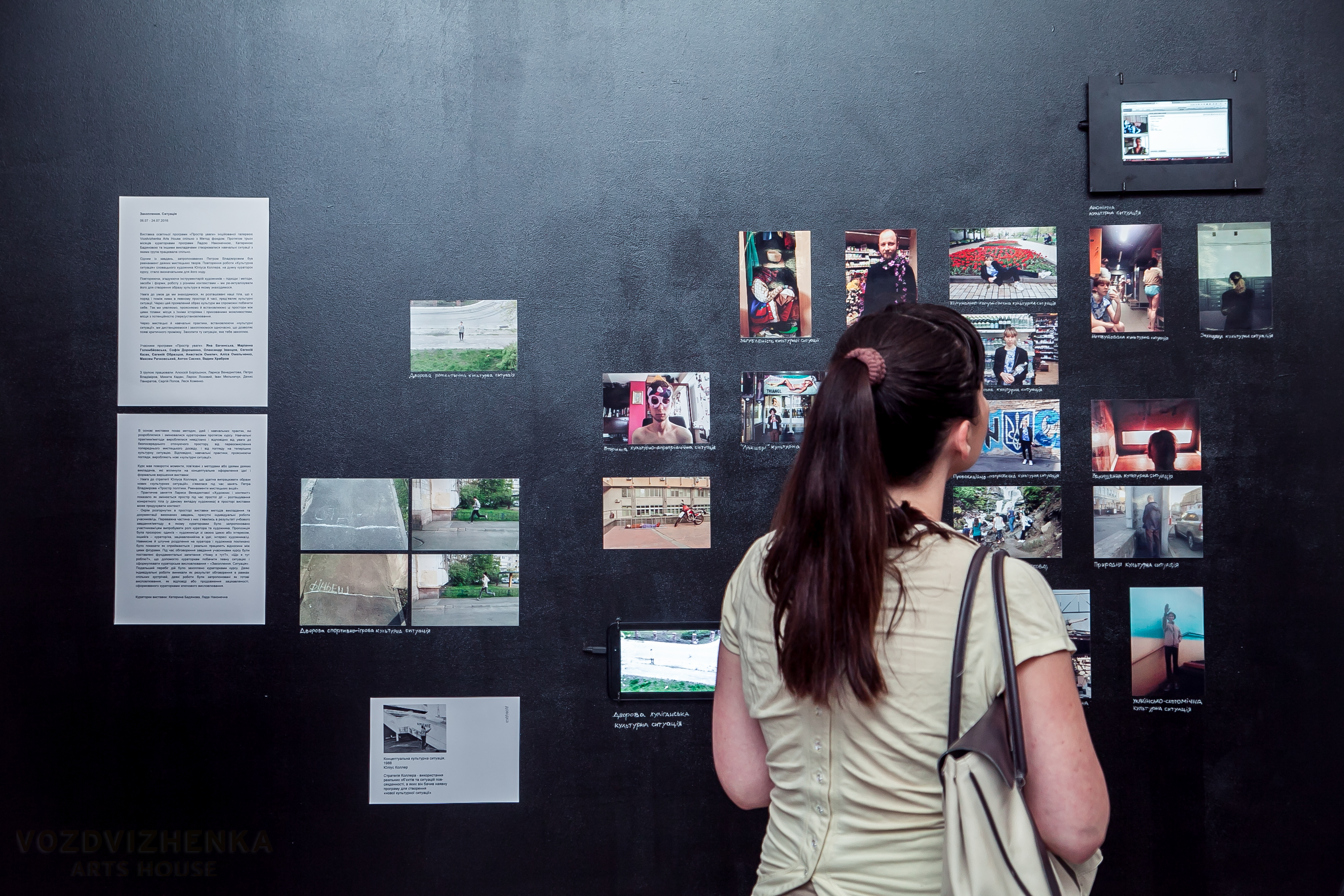 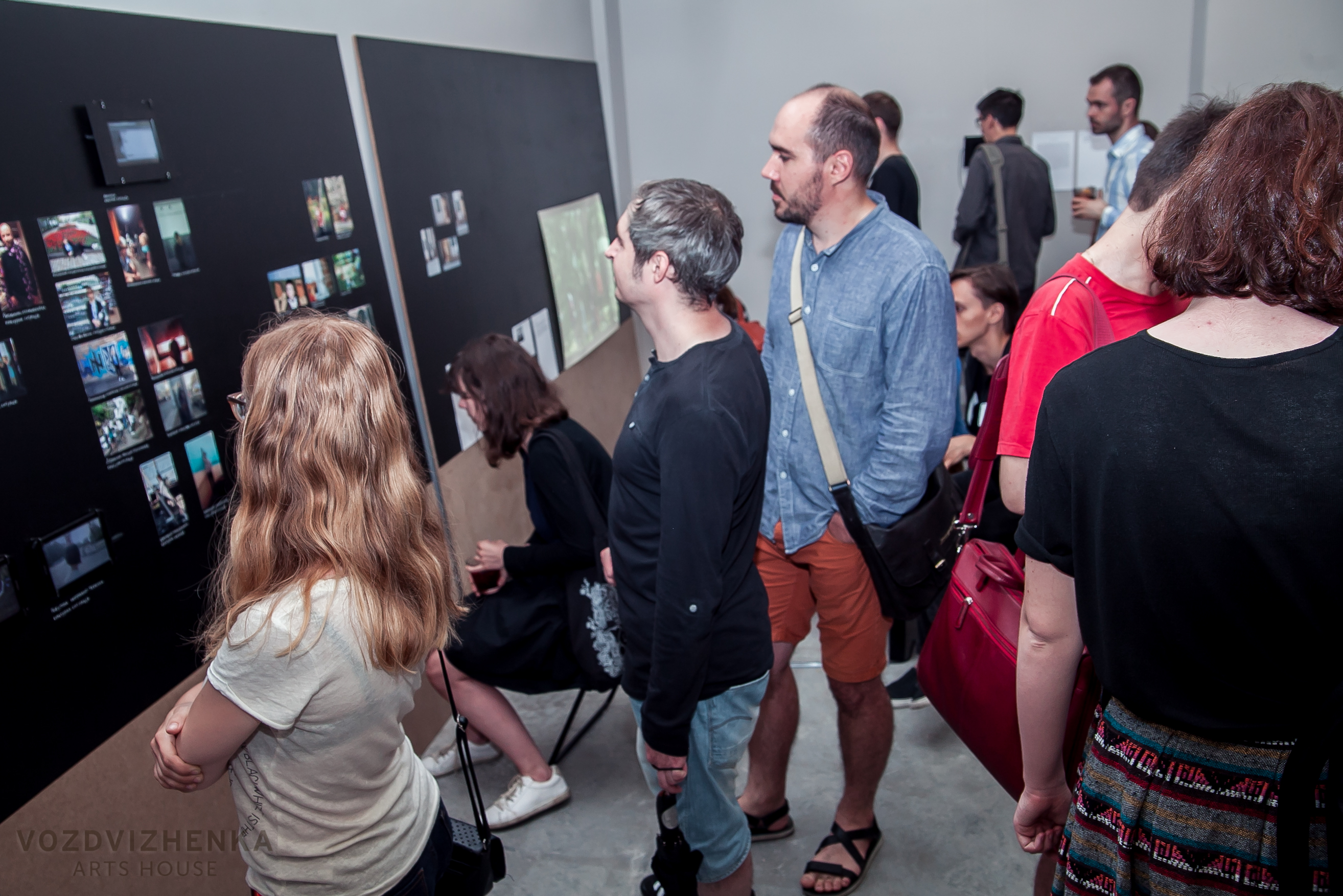 The exhibition of the educational program “Space attention” is initiated by Vozdvizhenka Arts House gallery in cooperation with the “Metod” fund. During the last three month, the curators of the program  Lada Nakonechna, Catherine Badyanova and other teachers have been setting up learning situations which the whole group had to deal with altogether in cooperation.

One of the tasks proposed by Peter Vladimirov was the reenactment of some of the art works. According to the curators of the program, the replication of the “Cultural Situation” by a Slovak artist Julius Koller became crucial for the direction of development of the project.

By repeating and recalling artists` tools, approaches, techniques and methods of working with different contexts they have re-actualized it to create an image of the culture in which we exist.

Attention to the conditions where do we exist, where our bodies are situated, which are nearby and between particular time and space presents the cultural situations.  Through this descriptive cultural image we are able to see ourselves.  In this way we are imaging, clarifying and establishing the spaces between those bodies: places with their stories and hidden features, places with potentiality and (re)mounting.

Through the artistic and educational practices, by setting up these “cultural situations” we are distancing and admiring at the same time allowing the emergence of a critical pause.

Capture the situation that captures you.